The War On Doritos 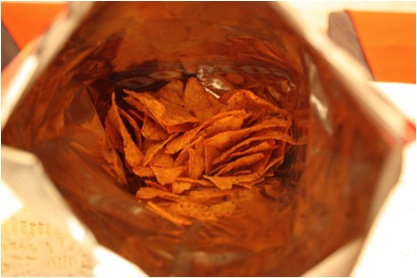 The War On Doritos officially came to an end this week after a historic piece of legislation signed by President Obama cut all federal funding for Doritos eradication efforts.

During remarks at his post-signing press conference, the President made clear that while he considers Doritos to have a negative effect on the nation’s munching habits, he could no longer in good conscience fund an attack on something so entrenched in the lives of everyday Americans. “Let me be clear about this: Doritos are a dreadful snack riddled with empty calories. They also give you terrible breath and will make your hindquarters resemble the front of a Mack truck.”

He continued, “Regrettably, however, Doritos are a fact of life. They aren’t going away. We need to adopt a strategy that balances the right of our citizens to nosh as they please with the responsibility to avoid turning into a bunch of orange-fingered blubber-butts. My administration’s strategy, which we will be outlining further in the coming days, will be to tax those responsible for manufacturing this product, and funnel those resources into a massive campaign aimed at educating our nation’s citizens so that we can assist them in making good choices.”

In 1964, when they first hit the streets to little fanfare, Doritos were seen as little more than a nuisance, a relatively benign way for people to get a harmless hit of flavor. Over the years, however, the insidious snack chip worked its way into America’s collective consciousness as well as its cupboards.

“Our mistake was not going after Doritos head-on right from the start, when we could have handled the situation with relative ease. The threat seemed almost quaint back, what with the one flavor and a reasonable serving size,” commented FDA Commissioner Margaret Hamburg. “And when we did finally make a move, we foolishly focused our attention on street level vendors instead of going after the big fish at Frito Lay. Quite frankly, we blew it.”

Over time, the potency of the crunch-tastic menace increased tenfold. “The first wave of Doritos had a little kick to it, just a tingle to get the taste buds going,” commented Frank Gorsham, author of the anti-Dorito manifesto Take Back Your Tongue. “But there was big money to be had in the chip game, which attracted an unsavory crowd that had no qualms about boosting the zest to unsafe levels just to make a buck. Vultures.”

Commented longtime Doritos abuser Bryan Forchetti, “Within the last ten years, and I can tell you this firsthand, the potency of the snack has only gotten more X-Treme. These are not the chips our parents were snacking on. To pretend otherwise is disingenuous at best. I love the snack, but I’m not blind.”

In addition to the flavor increase, the government has also monitored with dismay the exponential explosion of different strains of Doritos. The success of the Cool Ranch Dorito line in 1986 led manufacturers to realize there was big money to be had in expanding the parameters of the brand.

“Salsa`Verde, Baja Picante, Fiery Fusion, 1st Degree Burn Blazin’ Jalapeno, Doritos 3D,”responded one high level FDA official who agreed to speak on condition of anonymity. “Just yesterday, one of our agents seized something called Doritos Collisions Hot Wings/Blue Cheese Chips’. Look, anyone who knows me will tell you that I have more of a laissez faire attitude than most. But in this day and age, it is an absolute disgrace that, in the greatest country in the world, we would allow a tortilla chip to have three different subheadings.”

In contrast to the official line coming from Washington, conspiracy theorists have long contended that, far from trying to restrict the snack’s proliferation, the U.S. government has actually been involved in deliberately flooding the nation’s streets with the product.

“Think of the vast infrastructure needed for the manufacturing and distribution of a high-end chip with a reach like this,” commented Samuel Kim, founder of popular anti-government website Snack Attack. “To pull this off, you need capital, transportation, cooks, and muscle. A sophisticated operation is required in order to pull something like this of. And you’re going to tell me this is all going on without the consent of the pigs at the top? Not possible.”

Kim continued, “Every administration since Lyndon Johnson has been waist deep in dirty tortilla money. Think about it: Kennedy was murdered the year before Doritos hit the streets. Coincidence? There are no coincidences.”