You are here:  Home  /  The Gist  /  NICK CANNON WRITES HEARTFELT OPEN LETTER TO AMANDA BYNES THAT COINCIDENTALLY INJECTS HIM INTO POPULAR NEWS STORY 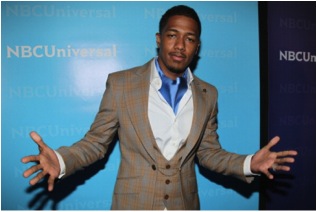 (THE GIST) — On his official website, ‘America’s Got Talent’ host Nick Cannon penned a touching open letter to troubled actress and former Nickelodeon comedy partner Amanda Bynes, who is currently in a 5150 psychiatric hold at a Los Angeles area hospital, in which he offered her a generous outpouring of love and support while thrusting himself directly into arguably the hottest pop culture story in the country.

“I’m here for you. I understand. I care and I appreciate you, because that’s what family does,” wrote Cannon to the struggling starlet, solidifying and perhaps even expanding his already impressive appeal among females aged 18-34 with disposable income to Gosling-esque heights.

The Amanda-Bynes-Is-Crazy-But-That-Nick-Cannon’s-A-Stand-Up-Guy story has been picked up by USA Today, Entertainment Weekly, The Huffington Post, Extra, Perez Hilton, and as of now, The Gist.

‘America’s Got Talent’ airs Tuesdays and Wednesdays on NBC at 9pm.

Click here to see this article in THE GIST.